Prank videos are now a thing on the internet. There are several YouTube channels that do such videos to capture public reaction. Several vloggers have even used cars and bikes to do such prank videos in the past. Here we have one such prank video where a vlogger fills fuel for Rs 10 in a car to see people’s reaction. What makes this video special is the car itself. The car that vlogger uses for this prank video is a Lamborghini Aventador supercar.  How did people react? Let’s check the video to find out.

The video has been uploaded by Crazy XYZ on their YouTube channel. Vlogger explains his plan in the beginning of the video. He can be heard saying that, it is the first time he is sitting and driving a Lamborghini. Before he does the prank, he checks the Aventador out. He shows the interior and even starts the engine to hear the sporty exhaust.

Vlogger then sits on the driver seat and drives the car to a petrol pump. He stops the vehicle and asks the petrol pump staff to fill fuel. When the staff asks for the amount, he takes out a bundle of currency notes and pulls out a Rs 10 note and hands it over to him. Vlogger asks him to fill for Rs 10 and the staff was initially surprised.

He was confused and asked vlogger if he really wants petrol worth Rs 10 in the supercar. The staff then realised that, there were cameras around that vlogger was shooting a video. He then fills the Lamborghini with petrol worth Rs 10. Vlogger revealed to him that they are doing a prank video and were capturing people’s reaction. 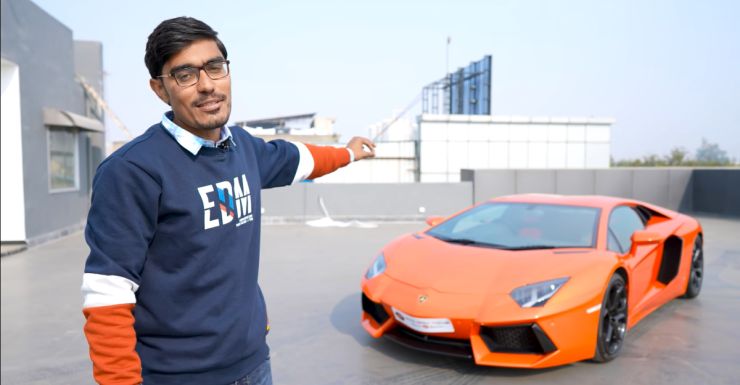 Vlogger then drove the SUV to another petrol pump and did the same thing. The staff without any problem filled fuel worth Rs 10 again. When they reached the third petrol pump, vlogger changed the plan slightly and instead of Rs 10, he handed over Rs 1 coin to the staff and asked him to fill. The staff was surprised and said the system won’t register such small amount and he cannot fill.

Vlogger tried convincing him by saying that, Lamborghini is quite fuel efficient and can does not need much petrol. Looks like petrol pump staff had filled fuel in supercars in the past and said he won’t be filling fuel for Rs 1. After a long discussion, the staff agreed to fill fuel for Rs 51. He was very happy with the reaction of the staff at the third fuel station. Once he managed to fill fuel for Rs 51, he asked the same staff to fill full tank fuel in the Lamborghini to find out how much would it cost a person to fill full tank petrol in a Lamborghini Aventador.

Weird Trick to Get Pregnant Naturally In 60 Days - Guaranteed

Discover how to look younger, get a flat stomach, in only 10 minutes a day with these secrets.

Multiply The Chances Of Winning Lottery

All That Is Needed To Start This Is Small Start-Up Capital and You Are Good To Go.